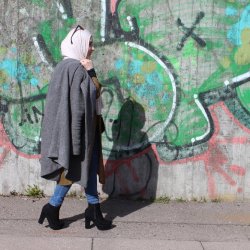 Næste indlæg
Here the other day I convinced my friend to take a couple of pictures of me around her neighborhood.

All About That Trenchcoat

It wasn’t until very recently that I finally bought myself a new trenchcoat. I’ve been wanting one for such a long time and seeing the weather getting better and better by each day I thought to myself that the old winter coat won’t do anymore. I really like trenchcoats and the way they can make any look chic and sophisticated.  One day, my roommate and I went to the mall near us and as we casually walked into Vero Moda we decided that it was time to look for a trenchcoat. I tried a couple on and was originally going for the classic beige color, but as I tried the black on (the one I’m wearing on the pictures) my friend and I were convinced that it had to be this color. Even though the weather has been getting better, it’s still a bit chilly, but that’s the life in Denmark. Hopefully, it’ll get warmer soon.

I wore the trenchcoat when I went out with my friends. I’ve been so buried in exams and was super stressed, but one day wasn’t going to hurt. It was Friday and my roommate and I definitely needed to go out, so decided to meet up with a friend in Copenhagen, went around and had fun. The outfit that I’m wearing is a floral shirt from New Look that I bought when my mom and I went to London – with it I paired some really comfy jeans and some cute open shoes, which I also got from Primark in London. I wanted some color with my outfit, which is why I put on a beige scarf to bring out the beige/sandy colors from the shirt and my Tommy Hilfiger bag, which I bought last year. I usually go for a crossbody bag, which is small but this time I wanted to try something a little bit different. I used to carry bigger bags a lot, but now I mostly just carry them when I have classes at uni. Finally, to make the outfit a little bit fun I put on the sunglasses from Accessorize.

My makeup is very simple because I don’t like wearing too much. My routine mostly consists of very light foundation, concealer, some bronzer and a little bit mascara. It wasn’t until recently that I started filling in my eyebrows – I have tiny gaps towards the end of my brows and they’ve been bothering me for such a long time. I’ve considered eyebrow extensions, but haven’t really found a clinic yet even though there are a lot of options here in Copenhagen. To finish my look I like to put on a very light pink balm by Revlon on. I bought a pack of three when I returned from Italy and have been using them since. They’re really good and moisturizing – especially if you have dry lips (like me..)

What do you think about trenchcoats? 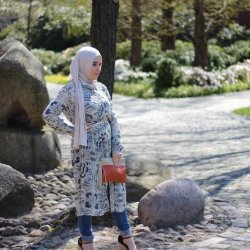 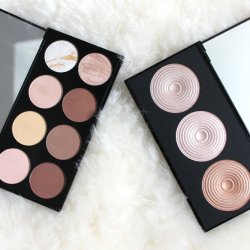 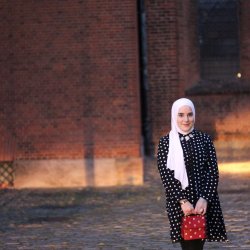 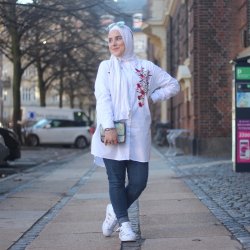 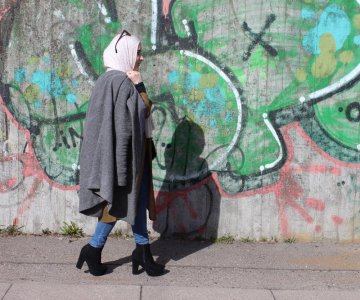 Here the other day I convinced my friend to take a couple of pictures of me around her neighborhood. The weather was great and we …
Read more