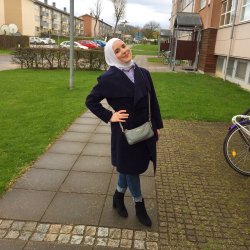 Another month, another current cravings post. I almost didn’t write this post, but decided that it had to be on the blog. It’s a monthly segment that deserves its moment. It may also have something to do with the fact that I literally got so many things this month that I couldn’t think of anything new. But! my mind has been refreshed and I’ve gathered a little collage of the things that are on my current cravings list or have been in a while now (like I said, my mind had to be refreshed.)

I really like contouring with either dark foundations, concealers or anything liquid/cream based. I’m not the biggest fan of powders with the exception of my Hoola bronzer (I love that bronzer a whole lot,) but mainly I like cream/liquid based products when it comes to contouring my face because I have dry skin, so if I go in with too much powder it’s going to look super dry and flaky. Not a pretty sight. I usually keep my powder based makeup to a minimum, but this palette would be great to have since I’m only using the concealer from L.A. Girl at the moment and it can be a bit dramatic sometimes, which is why I don’t use it on daily basis. With this palette I can control the level of intensity that I want my contour to be. It’s definitely worth the splurge if you’re interested in a product that will last a long time, but also ensuring some good quality. I personally don’t own anything from ABH, but have had the chance to test out a lot of their products and they’re always highly pigmented. The palette can be found here

Now, this type of style is kind of special. You either like it or you don’t. I saw a couple of people wearing these shoes on Instagram and thought they looked really funny, but then when I randomly entered a shoe store that had them I decided to try them on. Looking into the mirror I immediately liked them. I think it was the fact that there are bows on them, but till this day I’m not completely sure why I like them. They’re really special, but they are so pretty. I think it’s the fact that they’re a mix between girly and sporty that attracted me the most. I’m definitely not planning on buying these in the near future, but I’ve been looking at them for a while now, which is why they’re worth the mention. If you’re interested in getting your hands on them, you can do so right here.

Recently I saw a girl on Instagram wearing this small crossbody bag and thought that it would be such a pretty investment that I definitely can’t afford right now. However, the details of that bag are so pretty – everything from the gold chain to the color of it. It just screams girly, which if you haven’t guessed already – I like that. At the same time, the bag is super chic and can be worn on several occasions even though it’s red. It is small, so it is quite limited in terms of what you can carry in it. Personally, I prefer smaller bags over the larger ones because sometimes it’s super annoying to carry around a huge bag and it just begs for more things to be put in it and carried around, whereas when you’re carrying a smaller bag, you make an effort to be as minimalistic as possible and minimalism is good. 🙂 Being completely realistic with myself, this bag is most definitely not something that lies within my budget, but would be an interesting investment in the far future (far, far away.) The bag can be found here.

As mentioned I didn’t really have that many things on my wish list this month, but these are without a doubt worth the mention. 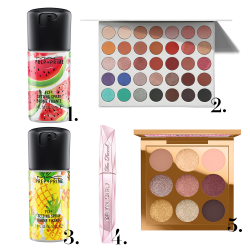 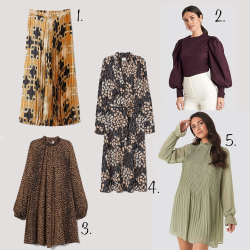 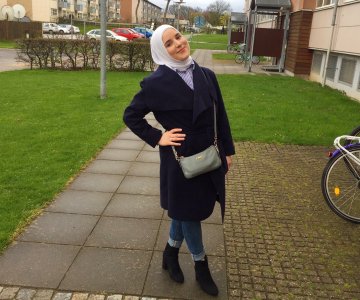 It's been a week and it's already time for the second part of the highlights of my week. Let me start out by saying that …
Read more